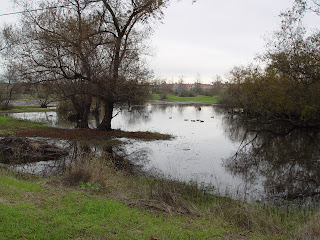 Greetings all,
In lieu of unfolding events in I put together a list of things one can do to empower self in times of great stress regarding the nuclear disaster now unfolding in the wake of Japans’ earthquake and tsunami.
First and foremost diet: Here is an excerpt of some dietary suggestions to ease the bodies’ burdens:
At the time of the atomic bombing, Tatsuichiro Akizuki, M.D. was Director of the Department of Internal Medicine at St. Francis's Hospital in Nagasaki and he fed his staff and patients a strict diet of brown rice, miso and tamari soy soup, wakame, kombu and other seaweed, Hokkaido pumpkin, and sea salt. He also prohibited the consumption of sugar and sweets since they suppress the immune system.

By imposing this diet on his staff and patients, no one succumbed to radiation poisoning whereas the occupants of hospitals located much further away from the blast incident suffered severe radiation fatalities. Much of this positive result has to do with the fact that the sea vegetables contain substances that bind radioactive particles and escort them out of the body. This is why seaweed sales usually skyrocket after radiation disasters, and why various seaweeds and algae are typically used to treat radiation victims.

In , for instance, spirulina was used to help save many children from radiation poisoning. By taking 5 grams of spirulina a day for 45 days, the of in even proved that children on this protocol experienced enhanced immune systems, T-cell counts and reduced radioactivity. Israeli scientists have since treated children with doses of natural beta carotene from Dunaliella algae and proved that it helped normalize their blood chemistry. Chlorella algae, a known immune system builder and heavy metal detoxifier, has also shown radioprotective effects. Because they bind heavy metals, algae should therefore be consumed after exposure to any type of radioactive contamination. (Note: Marine phytoplankton is also a powerbul detoxifier and nourishing product)

In 1968 a group of Canadian researchers at of , headed by Dr. Stanley Skoryna, actually set out to devise a method to counteract the effects of nuclear fallout. The key finding from their studies was that sea vegetables contained a polysaccharide substance, called sodium alginate, which selectively bound radioactive strontium and eliminated it from the body.
Sodium alginate is found in many seaweeds, especially kelp, and since that time the Russians have been seriously researching the use of their own kelps from Vladivlostok, from which they have isolated the polysaccharide U-Fucoidan, which is another radioactive detoxifier. Because miso soup was so effective in helping prevent radiation sickness, the Japanese have also done research identifying the presence of an active ingredient called zybicolin, discovered in 1972, which acts as a binding agent to also detoxify and eliminate radioactive elements (such as strontium) and other pollutants from the body.

The kelps and algaes aren't the only natural foods with radio-detoxifying effects. In terms of fluids to drink, black and green tea have shown "radioprotective effects" whether consumed either before or after exposure to radiation. This anti-radiation effect was observed in several Japanese studies, and studies from also suggest that the ingredients in tea are radioactive antagonists.

In short, after any sort of radioactive exposure you want to be eating seaweeds and algaes along with almost any type of commercial heavy metal chelating formula to bind radioactive particles and help escort them out of the body. Whether you're worried about depleted uranium, plutonium or other isotopes, this is the wise thing to do which can possibly help, and certainly won't hurt. Many nutritional supplements have been developed for the purpose of detoxifying heavy metals, most of which contain the algaes and plant fibers and other binding substances. Basically, an anti-radiation diet should focus on the following foods:

Yet another benefit of the sea vegetables rarely discussed is their high mineral content, which is a bonus in the case of radioactive exposure. Consuming natural iodine, such as in the seaweeds, helps prevent the uptake of iodine-131 while iron inhibits the absorption of plutonium-238 and plutonium-239. Vitamin B-12 inhibits cobalt-60 uptake (used in nuclear medicine), zinc inhibits zinc-65 uptake and sulfur is preventative for sulfur-35 (a product of nuclear reactors) incorporation by the body.

Since nuclear workers are potentially exposed to radioactive sulfur, this means that workers in the atomic power industry need a higher content of sulfur in their diet. MSM supplements provide a source of dietary sulfur, but thiol supplements such as cysteine, lipoic acid and glutathione serve double-duty in this area because they help detoxify the body and attack all sorts of other health problems as well.

The thyroid is often the first to show signs of stress after exposure. Potassium Iodide is a supplement that will supply the necessary iodine to the thyroid and protect this important gland and chakra center. Please use this supplement only under supervision of a professional as if not needed, it will cause disruption of thyroid function.

The Bush Flower Essence “Electro” was said to significantly drop radiation levels in victims of .

Clay baths with zeolite, green or red clay also help to detox the body and should be regularly employed in these polluted times we live in.

There are many homeopathics that help in these areas as well, as these can be very sensitive to subtle energies of the individual please work with a professional when employing this modality.

And whether one believes in conspiracy theories or not, there is much buzz about the HAARP system. I will only add this from experience with my critters both domestic and wild. Whether this human manipulation is at the heart of this or not, the animals still know; growing coats accordingly, seeking shelter accordingly, seeking out healing foods accordingly, etc. Nature knows, despite what human greed, arrogance and ego seek to manipulate. Put your trust in Greater Things than your fear and preprogrammed manipulation and you and yours will be just fine. I believe that is what these times are all about - letting go.

Great peace to all,
Renate